What is the real reason motorcycle owners are paying so much for oil when compared with car oil? Are you being ripped off for the privilege of owning a motorcycle?

Oil is a commodity and varies according to market forces. Motorcycle oil is different from car engine oil because it has more additives for performance. Manufacturers specify synthetic oil to meet the demands of high-revving engines that generate more heat.

Why are motorcycle oil changes so expensive?

The cost of the oil is more expensive than car oil and combined with ever-increasing mechanics labour charges. An oil change is expensive.

Most motorcycles need an oil change every 1000 miles, whereas a car engine can be 10,000 miles. However, the car engine never sees the temperatures that motorcycle engines operate at under normal conditions.

Cars have huge radiators and sometimes oil coolers to disperse the heat, unlike a small radiator and a compact engine where heat dispersal is always a challenge.

What is special about motorcycle oil?

The bigger question is, is motorcycle oil unique compared to car engine oil? Enter a dealership and ask what oil they recommend for your motorcycle. Surprise, surprise, it’s the one they have in stock.

There is some controversy over the price of motorcycle oils, and rightly so. A study was conducted comparing car oil and motorcycle oil in the US back in the nineties. Guess what? There was very little difference between the two oils.

If you have a new motorcycle, are you going to take the risk of using a cheaper engine oil or an oil that the manufacturer does not specify? What will happen to your warranty should you claim a worn engine part?

How much does it cost to have motorcycle oil changed?

A dealer will charge you for a minimum of one-hour labour rate, which could be more than 100 pounds pulse the cost of the oil.

You can change your oil easily and save considerable money with a few essential tools and an oil pan to catch the drained oil. If you have a sports motorcycle and choose something like Mobile racing oil, it will cost you around 50 pounds for 4 litres.

What oil should I put in my motorcycle?

If your motorcycle is new, stick with the dealer’s recommended; either way, there is a wide range of oil prices. A decent brand of 10W 40 will be good for most motorcycles. 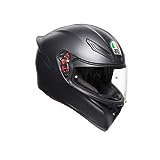