Rectifier problems are not easy to diagnose as they present a whole slew of potential diagnoses problems. If your rectifier has a problem, your motorcycle will not start all of the time. However, if the rectifier is damaged, you can sometimes experience a slow charge to the battery.

What does a rectifier do on a motorcycle?

The alternator on your motorcycle is kicking out alternating current AC voltage, but your bike electrical components run on direct current Dc voltage.

The rectifier does precisely as the name suggests. It rectifies the AC and turns it into the DC to power your motorcycle.

The problem with a faulty rectifier is diagnosing because it could be anything in your electrical circuit causing the problem, like a poor alternator or a dead battery unable to accept a charge.

How do I know if my motorcycle rectifier is bad?

There are some symptoms to watch out for that could indicate a faulty regulator/rectifier. Blown headlamp bulbs are a symptom. Now headlamp bulbs need replacing from time to time, but if it’s a frequent occurrence, you have a problem with your charging system.

If your battery is in good shape and not charging, you can eliminate the battery as the problem and look directly at the alternator or the rectifier.

How do you check a motorcycle regulator?

It’s a simple process. You will need a multimeter. Rev your motorcycle to 5000 revs. Your battery terminals should be receiving a charge of between 13.5 and 14.5 volts. This is the correct voltage for your battery to charge.

If the reading on the multimeter is higher or lower than the voltage given, it’s a problem with the rectifier. Go ahead and replace the regulator to resolve your starting problems.

What are the symptoms of a faulty regulator rectifier?

These are a few obvious indicators of your regulator rectifier having a problem.

What will happen if the voltage regulator is defective?

You will eventually be unable to start your motorcycle. Why? Your battery is not being charged, and the charge it does have is being depleted by powering your electrical systems.

If you experience flickering lights and a malfunctioning instrument cluster, it is safe to say your motorcycle charging system has a monumental problem that needs to be addressed.

These symptoms are not peculiar to the rectifier, so it needs investigating and diagnosing correctly. 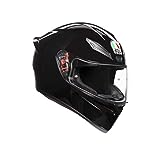